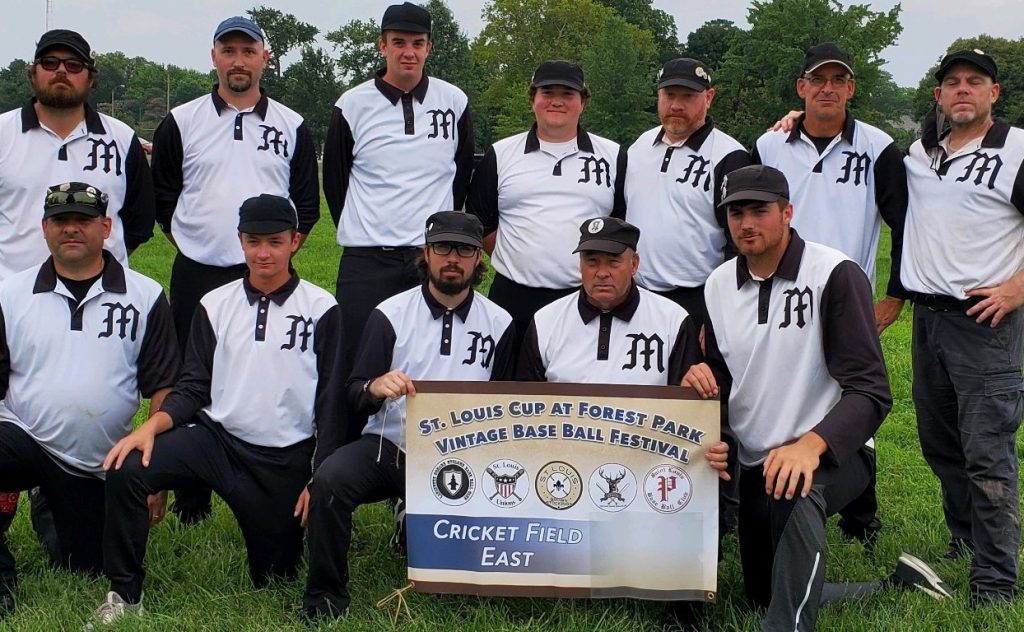 Your Prairie Chickens Base Ball Club of McLean County

The McLean County Prairie Chickens play base ball according to the rules and customs of 1858 when uniform shirts were long-sleeved, usually with collars, pitches were delivered underhanded and umpires had one job, to call foul, clearly and unasked.

At that time, base ball was played for recreation and exercise by adults looking for fellowship and stressed gentlemanly behavior.  Amateur “ballists” had other occupations and, although performing well was important, there were more significant things in life than the outcome of a ball game.

Although there was nothing to prohibit the use of gloves, it was not considered manly to catch the ball other than barehanded.

As Henry Chadwick, considered the Father of Baseball, said, “Baseball requires the possession of muscular strength, great agility, quickness of eye, readiness of hand, and many other faculties of mind and body that mark a man of nerve…Suffice it to say that it is a recreation that anyone may be proud to excel in, as in order to do so, he must possess the characteristics of true manhood to a considerable degree.”

For over 150 years base ball has been played on the grounds of One Normal Plaza. Initially by the orphans of Civil War veterans before the turn of the century and later by teams representing I.S.S.C.S. in the Muny League, American Legion, and Louis E. Davis Post 56 Junior Baseball program. Most recently local high schools, youth travel, and parks and recreation teams have continued the tradition. The McLean County Prairie Chickens are proud to play home games at the historic One Normal Plaza.
View Schedule